Network TV Shows Won’t Be Coming Back This Season 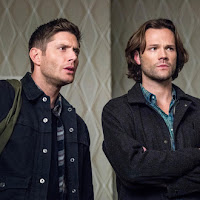 Nothing’s final yet, but executives at the major broadcast TV networks are now working under the assumption that few — if any — of the dozens of series that halted production in recent days because of the coronavirus pandemic will be returning anytime soon. Per multiple TV industry insiders, it now seems almost certain most series already on the air will end their seasons early, anywhere from one to four episodes short of their planned full-season orders. “Realistically, every show that shut production down is done,” one exec told Vulture.

When networks, studios, and streaming platforms last week began announcing they were shutting down production to safeguard the health of casts and crews, they generally described the pauses as “temporary,” suggesting they’d reassess the situation in a few weeks. But now, even if the rosiest scenarios for the course of the pandemic play out — if, say, the CDC suggests in two or three weeks that it might be safe to loosen social-distancing measures — the industry insiders Vulture spoke with believe it won’t matter. While it might be possible to resume filming in early April and still complete an episode or two in time for this broadcast season, it won’t be practical in most cases. “It just doesn’t make a sense to come back in a month for the last episode or two,” one insider told us.