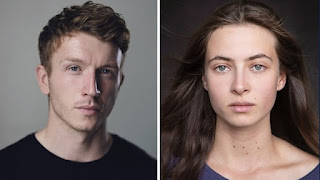 The 4x60' thriller Ridley Road, adapted for BBC One and PBS Masterpiece by award-winning writer Sarah Solemani (Barry, Aphrodite Fry), from the critically acclaimed novel by Jo Bloom, has gone into production.

After falling in love with a member of the 62 Group, she rejects her comfortable middle-class life in Manchester and joins the fight against fascism in London, risking everything for her beliefs and for the man she loves.