New series of Dragons’ Den returns to BBC this spring 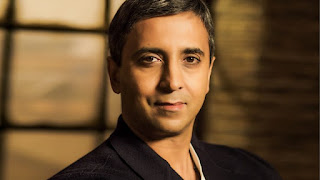 Entrepreneurial TV hit Dragons' Den will return this spring for its 18th season - and after four years and multiple investments in the Den, Dragon Tej Lalvani has confirmed that this series will mark his last before he steps down to devote more time to his increasing business interests.
Supplement supremo Lalvani is joined by fellow investors Deborah Meaden, Peter Jones, Sara Davies and Touker Suleyman for the 14-episode new series - filmed during 2020 following the introduction of new guidelines that allowed the UK's TV production industry to restart.
Sarah Clay, the BBC's Commissioning Editor for Entertainment says: "Despite the additional production challenges Covid-19 posed, this new series is one of the most tense and competitive yet. We'll be very sorry to see Tej go as he's one of the shrewdest and coolest Dragons ever to grace the Den and I want to thank him for his enormous contributions, both personally and professionally to the series. As audiences will see, he certainly leaves the show on a high and we wish him continued success."
Tej Lalvani commented: "I'm truly excited for the upcoming series of Dragons' Den, which looks set to be one of the best. However after an incredibly enjoyable four years as a Dragon I have decided that this next series will be my last. My commitment to the international growth and expansion of my core business and the numerous investments over the years sadly means I will be unable to dedicate the necessary time moving forward. I would like to thank the BBC for the great opportunity along with their support and understanding. I wish everyone on the team the very best as it's been a true pleasure working together."