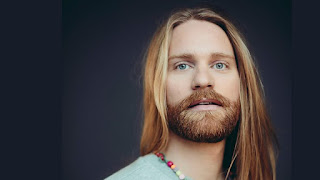 
As the world went into lockdown in March 2020, Sam posted the first of his now-famous covers to the popular social media platform, and his incredible vocals quickly drew celebrity fans such as Justin Bieber, Sia, and Alicia Keys, who even posted her own video reacting to Sam's cover of her song If I Ain't Got You. Fans grew in number as the videos continued to be released, and he currently has over 17 million followers on TikTok, Instagram, and Facebook.


Having signed to Parlophone (part of Warner Music Group), one of the most famous companies in the history of the music industry, Sam's star has continued to rise. His debut EP was released in 2021 which has so far amassed over 100 million global streams with singles Whirlwind and Tiny Riot topping the worldwide iTunes charts. Sam has also just completed his first sold-out UK tour.
Sam Ryder co-wrote Space Man with Grammy-winning songwriter Amy Wadge (Ed Sheeran, Thinking Out Loud) and Max Wolfgang.


Sam Ryder says: "Having been a fan of Eurovision since I was a kid l I am so honoured to have been presented with the opportunity to sing at an event alongside some of Europe's most talented creatives, performers and songwriters. I hope to sing my head off in a way the UK can be proud of, and to showcase a song I wrote with my friends last summer makes the whole experience even more special. See you in Turin legends!"

Scott Mills says: "It's been such an honour working with the TaP team and the BBC this year in being part of the selection process for our Eurovision entry. I've known and supported Sam on Radio 1 since he started and I'm so excited for what he'll bring to the night in Turin - we truly have a brilliant act this year!"

The contest itself will take place in Turin, Italy following the country's victory at the 2021 contest with the song Zitti e buoni by Måneskin. The Semi Finals will be broadcast on BBC Three and BBC iPlayer on Tuesday 10 and Thursday 12 May at 8pm and the Grand Final will be broadcast on BBC One and BBC iPlayer plus via BBC Radio 2 and BBC Sounds on Saturday 14 May from 8pm.