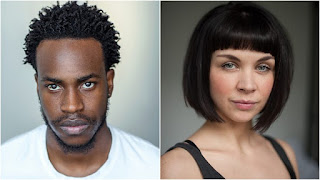 
Lindo aspires to be a detective at New Scotland Yard after completing his final tour in the Royal Military Police. However, he is transferred to Aberdeen to train as a Detective Constable, and he must swiftly adjust to his new life in Aberdeen, which is a world removed from everything this soldier has ever experienced.
DCI Tara 'Bart' Bartlett (Hannah Donaldson), Lindo's mentor, is a razor-sharp, streetwise Aberdonian who is used to going it alone. This odd team must navigate the stormy waters of their first case together: the murder of one of Aberdeen's most well-known oil industry figures. Lindo and Bartlett are thrown into a corporate war between old and new energy all of a sudden.