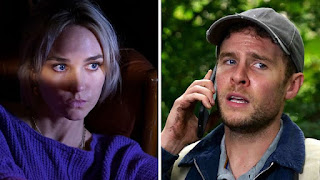 Iain De Caestecker (Us, Roadkill, Agents Of S.H.I.E.L.D.) as Gabe and Joanna Vanderham (Dancing On The Edge, The Go-Between, Man In An Orange Shirt) as Sam star in the thrilling new thriller The Control Room for BBC One and BBC iPlayer, produced by Hartswood Films (Sherlock, Dracula, Inside Man).
Nick Leather (Mothers' Day, Murdered For Being Different), a Bafta and RTS Award winner, wrote the script. The Control Room follows Gabe (De Caestecker), a regular guy who works for Glasgow's Strathclyde Ambulance Service as an emergency call handler. When he receives a desperate life-or-death call from a distressed woman who appears to know him, his world is thrown upside down. Gabe is under duress to work out.


Filming took place in Scotland and The Control Room will air later this year on BBC One and BBC iPlayer.