Interview with Alastair Orr Ahead of the UK premiere of TRIGGERED 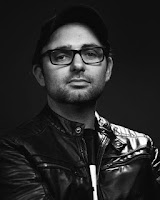 Ahead of the UK premiere of TRIGGERED, his cat-and-mouse slasher, Alastair Orr talks about being inspired by old console games and why he loves working in South Africa.

We last saw you at FrightFest with FROM A HOUSE ON WILLLOW STREET, how’s life been treating you since that time?

It’s been great. I got married, had a kid, got into massive amounts of debt with Bitcoin - I’ve made a lot of great life decisions since FrightFest 2016.


How did David D. Jones’ TRIGGERED script end up in your capable hands?

I was working on a bigger film with David that we couldn’t raise the money for. So he pitched something way cheaper that we could do. It’s eleven characters in the woods, so it seemed super easy on the page, but was quite a nightmare to shoot,


Was the script really inspired by retro video games from the 1990s?

Yes, it’s definitely inspired by the old console games where you get to steal time from your opponent, there were a couple out there back in the day. Then to some extant even your Street Fighter and Mortal Combat games had the element where you have to kill your opponent before your time runs out. Things have come full circle now with Battle Royale games like Fortnite, but we wanted to make something with old-school graphics and sound effects and music, so we feel our film is definitely a throwback to our childhoods as opposed to the new wave of these type of games.