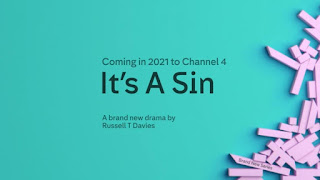 Brand new drama It's A Sin, written by Russell T Davies, is coming soon to C4 in 2021.
The series, which stars Years & Years actor Olly Alexander was originally entitled 'Boys'.
The drama is set in 1981, where five 18-year olds leave home and move into a London flat. The decade unfolds, as they explore their hopes and dreams… but with a terrible new virus on the rise…