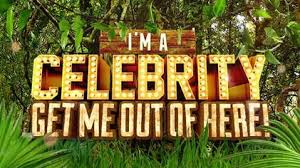 Ant & Dec star in a brand new trailer for the upcoming series of I'm A Celebrity...Get Me Out Of Here! This year’s series will come from stunning Gwrych Castle in North Wales rather than its usual New South Wales location.

However, it seems that neither Ant or Dec are aware of the show’s change of location.

“Ah it’s great to be back Down Under.” says Ant as he steps out of a black cab and becomes immediately acquainted with the countryside. “I would hate to see the kangaroo who left that.

“Wow that was quick.” says Dec as he pulls off an eye mask. “I must have slept through the whole flight.”

“Don’t spend it all at once” says Ant as he pays the cabbie – in ‘dingo dollars’.

Dec consults an I’m A Celebrity map of Australia. “This place looks nothing like my map” he says.

“How many more times. Australia is upside down” says Ant exasperated as he turns the map the wrong way up.

“Of course, it is. I’m such an idiot. Isn’t that right Mr Kangaroo” says Dec - as the show hosts walk past a signpost towards ‘The Castle’ and the camera pans across the beautiful Welsh countryside.

The promo was filmed on location in Llandovery, Carmarthenshire, Wales.

I’m A Celebrity...Get Me Out Of Here! will start on ITV in November.

Watch the promo at

Labels: I’m A Celebrity...Get Me Out Of Here!