Jude Law and Raff Law star in THE HAT 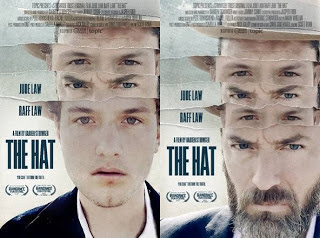 THE HAT is the debut film of Darren Strowger, starring Jude Law and Raff Law, shot during lockdown, and with an original score by The Who's Pete Townshend. The short feature film marks the first time that father and son Jude Law and Raff Law have acted together. THE HAT was shot on location in the UK during the summer lockdown and filmed entirely on iPhone.