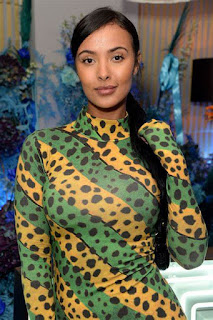 Maya Jama is to join multi award-winning Celebrity Juice as a regular panellist, following in the footsteps of Gino D'Acampo. Celebrity Juice, hosted by Keith Lemon, will return for its 25th series in April on ITV2 with team captains Emily Atack and Laura Whitmore.
TV presenter Maya will become a regular guest on the panel after multiple appearances in the last series in which she threw herself into everything Keith asked of her.
Commenting on the news, Maya Jama said: "I never have any idea quite what's going to unfold on Celeb Juice, but I do know it's always going to be hilarious and super fun. It's a show I dreamed about going on when I was growing up and so I'm beyond thrilled to become a regular on the show and be given the opportunity to share the panel with some of my favourite people. Bang Tidy!"
The last series of Celebrity Juice accumulated an average audience of 708K viewers on ITV2, making it one of the channel's most popular shows. The new 10x30 minute series was commissioned by Paul Mortimer, Controller of Digital Channels at ITV and is a Talkback production, a Fremantle label.