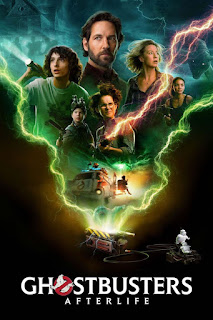 As someone who grew up in the 1980s, Ghostbusters had a big influence on my life, it was an all-time great film, and I have been putting off watching Ghostbusters Afterlife, because I didn't want to be disappointed. The all-female lead reboot that was released in 2016 was awful, one of the worst things to ever happen in film. Of course, the media was desperate for it to be a success and when it flopped massively, they blamed everything expect that the fact the film was terrible. It must be racists who refused to go see it as there was a black woman in it, completely forgetting the character of Winston Zeddemore from Ghostbusters 2, a much-loved character in the franchise. Then they said it must be because it was all female lead parts, so it must be those horrible misogynists who refused to go see it, again totally forgetting the lovefest we all had with Sigourney Weaver as Dana Barrett in the original films. History has now largely forgotten that terrible reboot, in the same way it has forgotten some of the Terminator films after the third film.