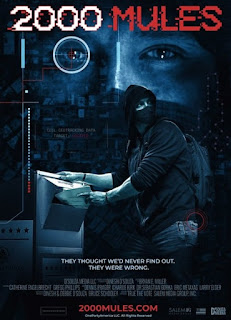 I am a skeptic, I am a critical thinker, I am a journalist with 2 decades of experience investigating fraud. When the 2020 election happened, my skeptical senses went off, something was clearly wrong here.
Like Trump or hate Trump, he increased his vote numbers by 10 million, no second term President ever gets more votes the second time round, Obama for example when first elected in 2008 got 69,498,516, a historic election, the first black President, in 2012 he got 65,915,795. He got less votes, and still won the second term.
So straight away Trump getting 10 million more votes and not winning seemed fishy.
Then you consider that he was packing out 50,000 seat arenas, and Biden barely campaigned at all.
Trump won the so called bellweather States, States that historically give a good prediction of who will win the election. Then there was the 3am "dumps" and we all know what happened next.