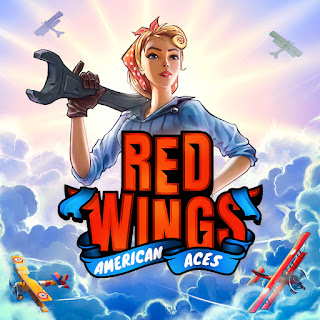 Red Wings: American Aces is set in World War 1, and from the moment you start the game you can tell a lot of care has been put into making the game look rather special.
The game itself is centred around 3D dogfighting, you control a WW1 aircraft, and in pure arcade style you need to take out the enemy.
There are 3 main modes, Online, Local and Campaign.
Online mode will have you fighting against others (maximum of 9) in pure dogfighting action, Last Man Standing, Score Battle, or Time Battle. You can even pick teams and battle against other teams online.
Local mode has you doing the same as Online mode, but against one other opponent, that being against another human player, or a CPU controlled opponent.