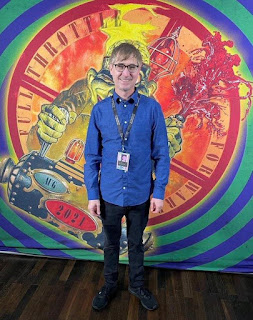 Ahead of the UK digital release of his feature film MONSTROUS, writer / director Chris Sivertson talks about the joy of working with Christina Ricci, monstrous inspirations and why horror films are our modern-day fairy tales.
What drew you to take the helm on MONSTROUS, given that you usually direct films you've either written or co-written?
Christina Ricci was already attached to the script when it came to me so that was a huge draw. I've loved her as an actress for decades and have always admired the interesting choices she makes in material. Then I got even more excited when I read the script. I just thought it was a beautiful and emotional story and it clicked perfectly with my sensibilities. I saw pretty clearly what I could bring to it as a filmmaker.
You drew a magnificent performance from Christina Ricci. What was it like directing her?
I had a fantastic time working with Christina. She has extensive experience and is such a great talent. Her instincts about the character were deeply intuitive. It's an intense role because the material is pretty heavy. And on a practical level it was very demanding because she is essentially in every scene of the movie. It's a true character study and the character is put through an emotional rollercoaster. Christina is able to delve into deep and dark emotions very quickly and then she's able to let go of those feelings just as quickly - at least that's how it seemed from my perspective. That ability of hers made for a very enjoyable working experience. Even when we were dealing with some pretty depressing stuff, her professionalism and wicked sense of humour kept things fun on set. That was important because we had so many logistical challenges in making a pretty ambitious low budget movie during the height of the pandemic. The crew loved her. 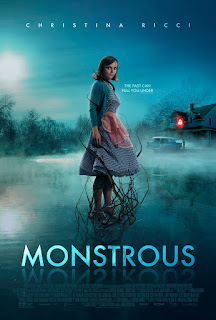