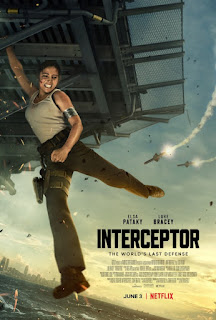 I had heard a bit about Interceptor, and how it was the worst film ever released on Netflix, the critics all hated it, and it had been panned everywhere.
So of course, I had to watch it, and I am glad I did. I loved the film.
The basic premise of the film is that terrorists attack a remote offshore missile interceptor platform that could stop their missiles, an officer (Elsa Pataky) defends the facility and tries to stop the end of the world.
In an age where strong, female leads either don't exist, or are pushed in a super woke way that just puts off the audience, Interceptor succeeds with a simple kick ass lead in Elsa Pataky as Captain J.J. Collins.
The United States apparently has two "Interceptor" sites, that exist for the sole purpose of shooting down any nuclear missile attacks on the US. Fort Greely in Alaska and remote platform in the middle of the Pacific Ocean. 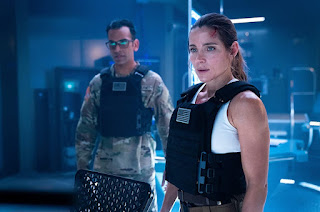