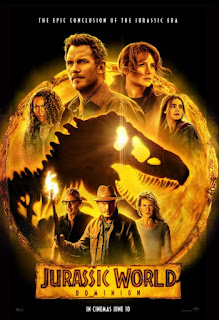 We have another big Hollywood Blockbuster to review, this time it is Jurassic World Dominion, which is seemingly the third in the Jurassic World trilogy and 6th movie in the franchise altogether.
To be brutally honest, I was not a fan of the Jurassic World films, I think the franchise should have been left alone after the first two Jurassic Park films. After them, everything just seemed too obvious, and lacking in originality.
Jurassic World Dominion is set four years after the cataclysmic volcanic eruption on Isla Nublar and the Lockwood Estate incident. Now dinosaurs freely roam the world, and as you can imagine this is causing all manner of problems, causing ecological disasters, as well as native species being attacked and destroyed.
In the Dolomite Mountains in Italy, Biosyn Genetics has established a dinosaur sanctuary where they conduct genetic research on Dinosaurs, using that research for pharmacological and agronomic purposes. Think Pfizer and Bill Gates and you get the idea of the kind of evil you are dealing with. 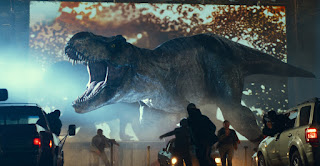