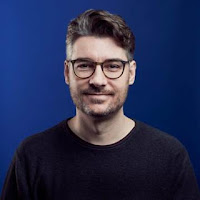 Ahead of the UK premiere of TWO HEADS CREEK, a playfully dark cannibal horror comedy, director Jesse O’Brien talks about the joys of cannibal karaoke, tackling immigration issues and filming in a haunted hotel.


How did Jordan Waller’s TWO HEADS CREEK script end up in your hands and did you see it as more a family comedy than a cannibal gore-fest?

Producer Judd Tilyard and I were developing one of my own scripts, Inherit the Earth, which we thought would take a while to finance - and during that process he asked if I’d like to take a look at another script, which was then called Flesh and Blood. I read it with a sense of hesitation. Did I want my second film to be a cannibal horror comedy set in the outback? But from page one, Jordan Waller’s writing really leaped off the page. I knew immediately it was a film with something to say - a hilarious parody of our greedy and violent attitudes towards immigration - but it was also filled with a lot of heart, all about a family finding each other.


Did Waller always want to play Norman, or was that budgetary casting?

Jordan wrote it with himself in mind but when I was presented with the project, I didn’t know him. Our producer Jayne Chard, who was so wonderful to work with, really believed in Jordan. His involvement as a very collaborative writer, as well as his vision for himself as a unique and charming leading man, was really a gift to this film. He and I clicked immediately, and he had a lot of trust in me when it came to interpreting his words.