David Walliams, Sheridan Smith and Blake Harrison lead the cast for Sky One’s newest instalment Jack & The Beanstalk: After Ever After 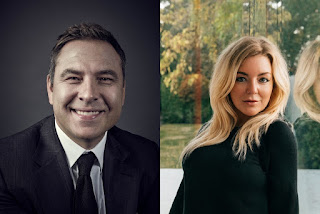 Following last year's hilarious Cinderella: After Ever After, Sky has announced the commission of two further instalments of the entertaining, family-friendly specials for Sky One and NOW TV; Jack & The Beanstalk: After Ever After and Hansel & Gretel: After Ever After.
Sky Original Jack and the Beanstalk: After Ever After will air this coming Christmas on Sky One and streaming service NOW TV and production is due to start next month. The Christmas special stars David Walliams, Sheridan Smith and Blake Harrison and is produced by King Bert Productions. It's created and written by The Dawson Brothers and David Walliams, who takes on the role of the Giant in this reimagining of the classic tale. Alongside Walliams, Sheridan Smith (Cilla, Cleaning Up, The Royle Family) stars as The Woman with No Name, the self-proclaimed greatest giant-killer in the village and Blake Harrison (The Inbetweeners, Trust Me) as Dodgy Dave, a shifty market stall trader who sold Jack the magic beans. Further cast includes Jocelyn Jee Esien who plays Pat, Ashley McGuire as Mayoress and Daniel Rigby as the Baker.