Grantchester returns to ITV as filming begins in Cambridgeshire 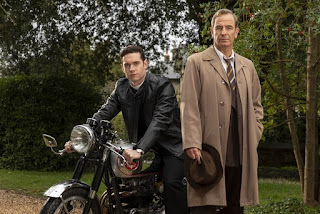 Filming for the sixth series of the hugely popular crime drama Grantchester has commenced in Cambridgeshire, Hampshire and Hertfordshire.
With Robson Green returning as DI Geordie Keating and Tom Brittney as Grantchester's Reverend Will Davenport, the series resumes in 1958 with the crime fighting duo renewing their partnership to solve new cases.
In the first episode of the new series, Geordie, Cathy and their family, Will, Leonard and Mrs C take a much needed holiday together. However, what sets out to be a  fun-filled break for everyone at a holiday camp, is interrupted by a tragic death at the resort. Geordie and Will are left with no choice but to help out, as an investigation into the death begins. As events unfold on the trip, there will be serious repercussions for the rest of the series.