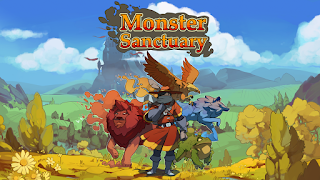 Team17 and Moi Rai Games have today announced that monster taming, Metroidvania, role-playing game, Monster Sanctuary, is exiting Steam Early Access and will launch on PC on 8th December. The game will also launch simultaneously that day on PlayStation® 4, Xbox One, and Nintendo Switch™. As the youngest heir of an ancient bloodline of Monster Keepers, players set out to follow in their ancestors' footsteps, all the while unpicking a mystery that threatens the long-standing peace between humans and monsters.