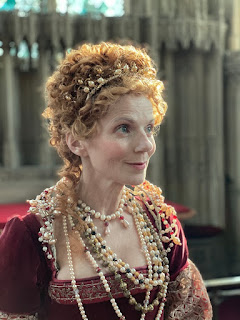 Geri Horner (née Halliwell) has launched her YouTube series Rainbow Woman with a grand tribute to one of Britain's most iconic Girl Power figures, Queen Elizabeth I.

Written, directed and executive produced by Geri, Rainbow Woman is a collection of vibrant vignettes following her on big and little adventures, each hued with humour and their own message of hope and positivity. A new episode will be unveiled every Sunday on Geri's YouTube channel with bonus content for fans to follow.