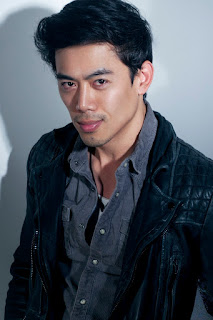 After hearing of a Vietnamese crook named "the Godfather of Vietnam", filmmaker Leon Le set out to make a noir with a difference. The result? Song Lang, which is available on digital and DVD this week from Breaking Glass Pictures.
Where did the inspiration for this lovely story come from?
From the beginning, I wanted to make a film about cải lương (Vietnamese Traditional Opera). Then I heard about Năm Cam; a notorious Vietnamese mobster called the "Godfather" of Vietnam. Whenever cải lương performers or troupes needed money, he helped them. I liked the idea that art has the power to connect and touch people from all walks of life. Initially, Linh Phung was supposed to be a female cải lương star. I later decided to change it to a male and male relationship. I thought it would be more interesting that way.