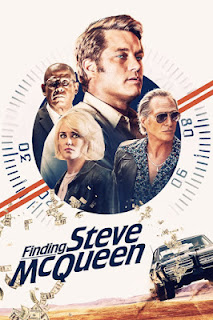 
Review by Jon Donnis
Finding Steve McQueen is a Heist comedy starring Travis Fimmel, Travis plays the character of Harry Barber, as he tells his girlfriend Molly (Rachael Taylor) the story of how years earlier he was involved in a heist to steal $30m from President Richard Nixon.
As crazy as this sounds, this is actually based on a true story.
Also featuring Forest Whitaker as the detective investigating the case, you swap between the present and the past as the story is told.