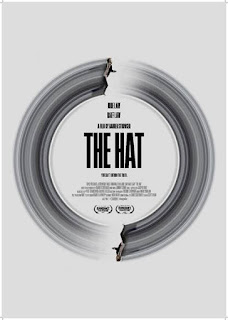 THE HAT, the directorial debut of Darren Strowger starring Jude Law and Raff Law, has been awarded the 'Spirit of the Festival' award at the 2020 Raindance Film Festival.  Shot during lockdown, THE HAT has an original score was performed by The Who's Pete Townshend.
Festival director Elliot Grove said of the award-winning short film, "Raindance is thrilled to declare THE HAT as the recipient of the Spirit of the Festival Award. Not only was The Hat made during Lockdown, what Darren has done is pioneered a new and disruptive model for financing charitable causes. Using named talent coupled with 'indie-sized' budgets - the profits from the films will be donated to charity. In the case of The Hat - the profits will be donated to teen cancer charities. Raindance is excited to be involved in this exciting venture."