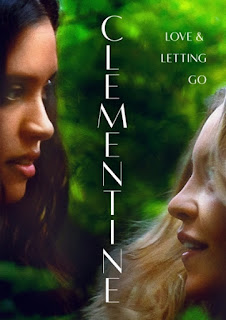 CLEMENTINE is the critically acclaimed feature film debut from one-to-watch writer/director Lara Jean Gallagher, who has drawn comparisons to Jane Campion (Slant Magazine). Making waves upon its premiere at the prestigious Tribeca Film Festival, this taut, atmospheric drama is now set for its premiere in the UK from Bohemia Media.
Equal parts tense psychological drama and sexual coming-of-age story, CLEMENTINE sees a heartbroken woman become entangled with a younger girl after breaking into her ex's remote lake house in the Pacific Northwest.
Struggling to come to terms with her devastating break-up from girlfriend D, Karen (Otmara Marrero – Start-up, Vandal, Miss Arizona), drives to a remote cabin in the woods where they spent much of their relationship and, craving the closeness she once had with the love of her life, she breaks in and decides to stay.


More details and trailer at
http://www.beentothemovies.com/2020/12/clementine-starring-sydney-sweeney.html