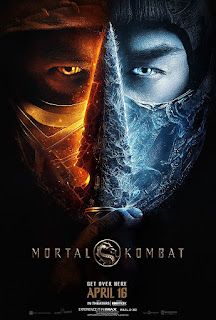 Mortal Kombat is an upcoming American martial arts fantasy action film directed by Simon McQuoid (in his feature directorial debut) from a screenplay by Greg Russo and Dave Callaham and a story by Oren Uziel and Russo. It is based on the video game franchise of the same name created by Ed Boon and John Tobias, serving as a reboot to the Mortal Kombat film series.
The film will star Lewis Tan, Jessica McNamee, Josh Lawson, Tadanobu Asano, Mehcad Brooks, Ludi Lin, Chin Han, Joe Taslim, and Hiroyuki Sanada.
Mortal Kombat is scheduled to be released in theaters and on the HBO Max streaming service by Warner Bros. Pictures on April 16, 2021.