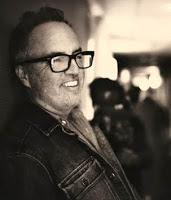 Ahead of FrightFest's UK premiere of RUN HIDE FIGHT at the Glasgow Film Festival, director Kyle Rankin talks about the personal tragedy that inspired the film, the influence of 70s cinema and the huge importance of film festivals.
RUN HIDE FIGHT was inspired by a tragic incident in your own past so did that make it a harder script to write?
In 1999, my best friend and fellow filmmaker, Shayne Worcester, was gunned down during a mugging in San Francisco. It came to light years later that the event was a gang initiation — meaning guys who wanted to be part of a gang were tasked with going out and killing a random civilian that night. He was only 29.