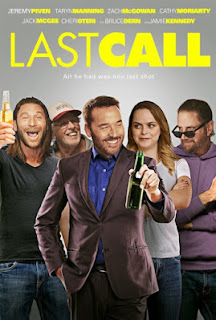 Last Call follows local success story and real estate developer, Mick (Jeremy Piven) as he returns home to Philadelphia. As he begins to reconnect with the neighbourhood he grew up in and the people he left behind, he finds himself at a crossroads when forced to decide either to demolish or resurrect the family bar.
The film boasts an all-star cast that includes Jeremy Piven (Entourage, Mr Selfridge), Bruce Dern (Nebraska, The Hateful Eight), Taryn Manning (Orange Is the New Black), Cathy Moriarty (Raging Bull), Jamie Kennedy (Scream) and Jack McGee (The Fighter).