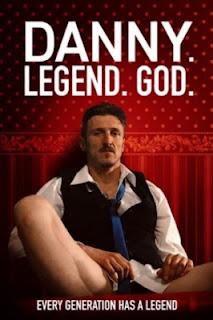 Meet Danny. Legend. God. or so he thinks. A Bulgarian city councillor hijacks a documentary team and takes them on a wild and dangerous ride into his ruthless world of corruption. No filter and no tact, he doesn't care who he offends, hurts or steps on…what Danny wants Danny gets...
Now this darkly-comic film, a Bulgarian-British co-production from first time writer-director Yavor Petkov with award-winning cinematography from Rumen Vasilev, is set for its UK premiere on 3 May 2021 from Reel 2 Reel Films. When a British documentary team land on Danny's (Dimo Alexiev –Leatherface, The Legend of Hercules, I Spit on Your Grave 2, The Expendables 2) patch to investigate money laundering he agrees to be filmed, but the crew get way more than they bargained for. The ego-maniac orders them to abandon their original plan and to simply film everything he does.
As he leads the crew into darker and riskier situations, his behaviour becomes increasingly erratic and he rebrands both himself and the documentary Danny. Legend. God. Nothing's off limits and no one is safe, even his own family. It's sex, drugs, excess and vulgarity, just the way Danny likes it.
Danny. Legend. God. is a satirical dip into the seedy world of corruption in Eastern Europe and the journey of a delusional, selfproclaimed 'god' who is anything but.