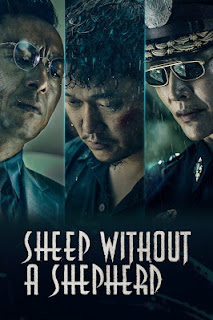 Li (Xiao Yang, Detective Chinatown) and his wife A Yu (Tan Zhuo, The Bravest) run a small business in Thailand and enjoy a happy home life with their two daughters. When their eldest daughter is violently assaulted, blackmailed and left traumatised by another student, her parents intervene, leading to a dead body which needs to be hidden, and every trace of the boy buried to cover up the accident.

However, the missing boy's parents, dogged detective La Wen (Joan Chen, Marco Polo, Lust, Caution) and mayoral candidate Du Peng (Philip Keung, Blind Detective) are pushing the local police to turn over every rock to find the truth, stopping at nothing until their missing son is found.
A remarkable directorial debut from filmmaker Sam Quah, Sheep Without A Shepherd boasts incredible performances and a tense and emotionally riveting story, making it a must-see and compelling new thriller.
Trinity CineAsia presents Sheep Without A Shepherd released in virtual cinemas and screening as part of Chinese Cinema Season from 12th April
Available on Digital from 26th April
Watch Trailer
http://www.beentothemovies.com/2021/04/sheep-without-shepherd-official-uk.html