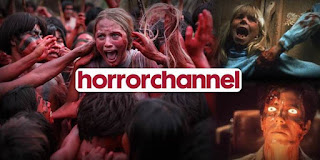 Considered one of David Cronenberg's early genre classics, SCANNERS was based on Cronenberg's scripts The Sensitives and Telepathy 2000, which he planned to pitch to Roger Corman. Starring Michael Ironside and Patrick McGoohan, the film went on to became one of the first produced in Canada to successfully compete with American films at the international box office. Also airing is David Cronenberg's other cult classic body horror THE BROOD, which stars Oliver Reed and Samantha Eggar. To many this remains one of the director's most frightening and resonant movie.
Although not an outright hit when it was released in 2001, JOHN CARPENTER'S GHOSTS OF MARS, which stars Natasha Henstridge, Ice Cube, Jason Statham and Pam Grier, has since gone on to cultivate a cult following, largely due to for the hard-core space action sequences and the soundtrack. Equally, Eli Roth's notorious post-modern celebration of the Italian cannibal genre, THE GREEN INFERNO, has divided mainstream opinion but continues to delight genre fans for its homage to Italian cannibal films of the late 1970s.
Other Highlights include Kevin Kolsch and Dennis Widmyer's stunning contemporary occult tale of Hollywood ambition, STARRY EYES, Timo Vuorensola's barnstorming surreal sci-fier IRON SKY. Julian Gilbey's harrowing British survival shocker, A LONELY PLACE TO DIE, starring Melissa George and Ed Speelers and fans of Arnold Schwarzenegger will welcome the clone-seeker's top-notch performance in THE 6TH DAY
Full film details in transmission order at
http://www.mastersofhorror.co.uk/2021/06/summer-shocks-in-july-on-horror-channel.html