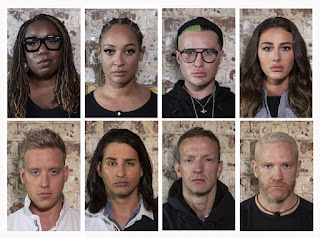 Celebrity Hunted, will return to Channel 4 next year for a brand-new fourth series as eight more famous faces go on the run as fugitives, hoping to evade capture by the Hunters.
The celebrity fugitives taking part in the series for Stand Up To Cancer are confirmed as:
Olympic silver medallist Iwan Thomas and two-time Paralympic gold medallist Richard Whitehead
Made in Chelsea stars Ollie and Gareth Locke
Actress Chizzy Akudolu and queen of UK garage Lisa Maffia
Drag Race UK winner The Vivienne and international reality TV star Chloe Veitch.
The eight celebrities will attempt to stay off the radar and remain at large for two weeks as a new crack team of hunters try and hunt them down. With former police officers, intelligence, and army personnel hot on their tail and faces recognisable across the UK, will they be able to remain undetected?
The celebrities will be taking part for Stand Up To Cancer, the joint national fundraising campaign from Cancer Research UK and Channel 4.