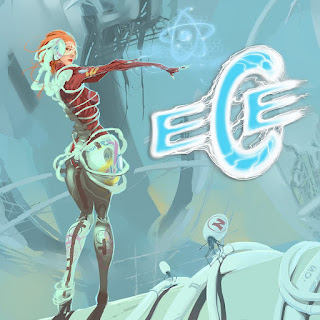 Some years ago, a simple puzzle game was released called Energy Cycle, well Energy Cycle Edge is a sequel to that game, if you played the original, then this new version will feel instantly familiar. The concept is the same as the original. You have different coloured "cells", when you activate one it changes colour, along with all adjacent cells in the same line as the one you activated. The aim is to make all cells on the screen the same colour, sounds easy right? WRONG. Think of how you would solve a Rubiks Cube, now instead of just having 9 blocks on one side to worry about, you have many more. Just when you think you have Energy Cycle Edge mastered, you will face a more complicated puzzle.
Not only will you have a number of cells to activate on one side, things go fully three dimensional in Energy Cycle Edge, and you can change to a different side. Again, think of a Rubiks Cube and you get the idea.