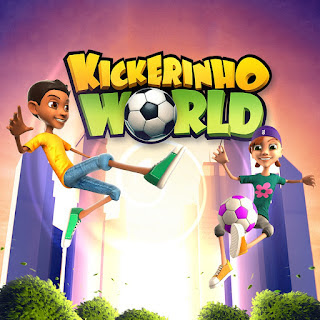 Kickerinho World is a freestyle-football simulator, well that is what the game makers claim.
In reality it is a "Keepie uppie" game.
Originally released on mobile devices about 5 years ago, and downloaded 5 million times, it is your classic freemium mobile game, whereby you play a bit, lose, watch an advertisement, and start again. On Nintendo Switch it is basically the same, but since you have had to pay for it, the ads are gone.
The aim of the game is simple, keep the ball in the air, do not let it touch the floor, the longer you do that, the more points you get.