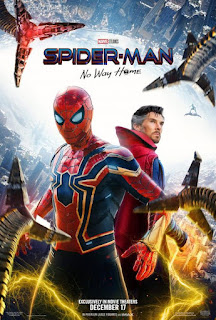 Following on directly from the previous film, Spider-Man's identity has now revealed, and with that Peter Parker sees his life and the life of his friends starting to unravel, Peter asks Doctor Strange for help. Create a spell that will make people forget that Peter Parker is Spider-man, however when Peter tries to change the spell in the middle of it being cast, everything goes wrong, and now the multiverse has been opened.