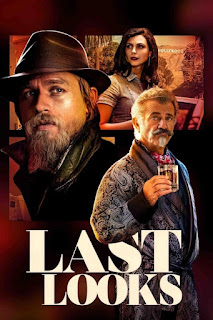 Charlie Hunnam stars as disgraced former LAPD detective Charlie Waldo, Waldo starts the film living the life of a minimalist tree hugger in the woods but his quiet life comes to a sudden halt when he is convinced to work as a private eye to investigate the murder of an eccentric British TV star's wife. Mel Gibson plays said eccentric British TV star Alastair Pinch. And yes, Gibson puts on a terrible English accent throughout the film. I honestly thought that he would give up the accent and admit it was part of his TV persona, but no, he really keeps it the entire film.
The film itself is a bit of a whodunnit, the problem is the film is nearly two hours, and by the end of hour one, realising that there is still another hour to go, you might start wishing you were the one killed.