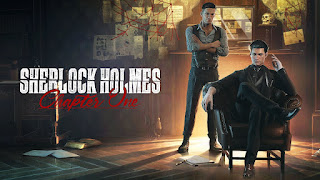 Sherlock Holmes Chapter One is an open-world detective mystery with you playing a young Sherlock Holmes.
You find yourself returning to your childhood home of Cordona, a 19th century, British occupied Mediterranean island, that I assume is made up. You return there as you learn that they may be more to the death of your mother, than originally thought.
Since you are playing a young Sherlock, you have to accept that the game developers have to try something different, so Sherlock is a fresh faced, slightly brooding type character, and Sherlock even has an imaginary friend type deal, with a person called Jon, a pre-cursor to Watson I would assume. Seems strange that a man of logic would need an imaginary friend to throw ideas at, but like I said, this is a young Sherlock, so I suppose this could be akin to the older Sherlock having a mind palace.