REVIEW: War of the Worlds Annihilation 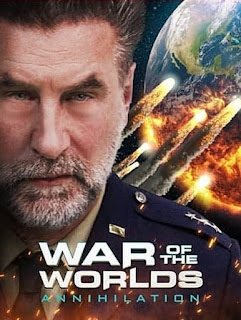 Streaming on Tubi TV, this is a disaster movie from the Kings of the B Movie, The Asylum.
All Asylum films are terrible, we know this, however there is good terrible, and bad terrible.
Good terrible films by The Asylum include the Sharknado franchise and The Megashark Franchise.
Bad terrible films, are pretty much everything else. Sadly, War of the Worlds Annihilation falls into the bad terrible list of films.
With that said, the film does star the one good Baldwin, in William Baldwin who plays General Skuller.