REVIEW: Echoes of the Past Starring Max Von Sydow 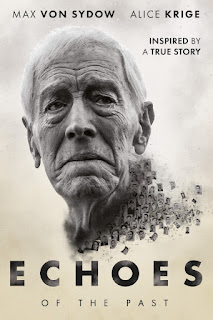 There have been countless films made about "The Holocaust", but not so many films made about the genocides of other ethnic groups. On December 13, 1943 there was such a genocide, one you will probably never have heard of if you live outside of Greece.
Σφαγή των Καλαβρύτων (The Kalavryta Holocaust) and the massacre by Nazi troops is a dark day in the history of a great country.
Echoes of the Past tells two fictional stories side by side, but based on a very real historic event, a modern story about the Greek Government launching a claim against Germany for reparations and the story of Nikolas Andreou (played by Max von Sydow in the Modern era), as a child he managed to escape the massacre, and now is on his final days on this earth, haunted by the horrors he witnessed and escaped from.