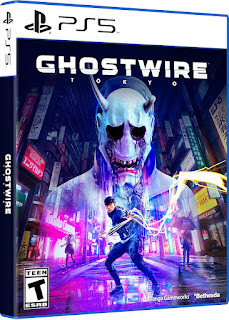 The largest city in Japan, Tokyo finds itself overrun with deadly supernatural creatures, the entire population of Tokyo have vanished.
Your job is to find the source and rid the city of these creatures and the evil cult that created them.
Your character Akito managed to survive this "snap" of sorts, due to a friendly spirit (KK) who gave him extra life source and elemental powers.
Akito and KK are basically the same in the game, they talk to each other which gets annoying quick. So do what I did and put the Japanese language on, just seemed better when I couldn't understand them.
As you travel around the map you will "cleanse" Torii gates, that will unlock more of the map and allow you to progress further. Don't do this and dense fog blocks your path. You will face countless waves of enemies that you have to beat, as well as have to look for certain items.