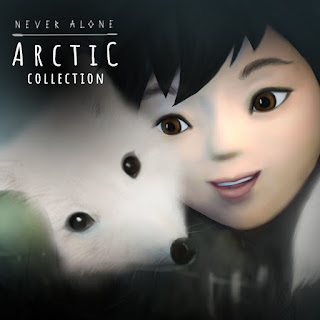 Never Alone is a platform/puzzle game, developed in full collaboration with the Iñupiat, an Alaska Native people. 40 members of the Iñupiat contributed to the game. And includes the Foxtales DLC that was originally released on PC.
You play as Nuna and a friendly Fox, you are in search of the source of the blizzard that threatens the very survival of everything they know. Set in the Arctic, the world around you is very harsh, and it will take smarts to survive and progress.
Switch between controlling Nuna or the Fox, to help you navigate through the landscape, solve puzzles, and evade various creatures. The further your make your way across the frozen landscapes, and underground passages, the more you will find out. At its base the game is a platforming game, but you will find yourself running from Polar Bears, swimming under ice cold water in underground caves, climbing, jumping and running. You can play with a friend controlling one character and you the other, but in single player mode, you can simply switch between Nuna or the Fox, depending on the challenge ahead. The fox for example can crawl through small gaps, run faster and jump higher. You might need the Fox to reach an area and then let down a rope for Nuna to use to climb up.