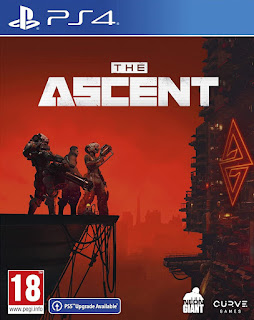 Are you a fan of isometric cyberpunk-themed action role-playing video games? If you answered yes, then you might be interested in taking a look at The Ascent, which has just been released on PS4/PS5. Originally released on Xbox and PC in the middle of last year, PlayStation owners have had to wait to get their hands on the game.
From Swedish indie game studio Neon Giant and published by Curve Digital developed using Unreal Engine 4, The Ascent is a twin stick shooter, and although the viewpoint is advertised as Isometric, it does change in some areas of the game, there is also the ability to shoot high and low, which is great when an enemy is on a higher level than you, or further away. Now you may wonder why they would develop a mechanic like this at all, well it is important as it gives you a new dimension of play, whereby you can take cover and then shoot at enemies over obstacles.