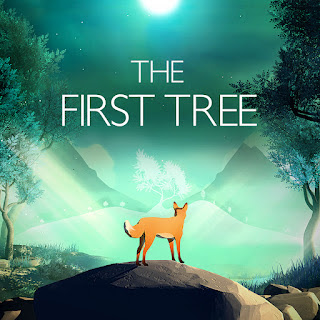 From the mind of David Wehle comes The First Tree. A 3rd person exploration / walking (galloping??) sim, that has you playing the part of a fox trying to find her missing cubs, which itself is part of a retelling of a dream that the narrator is talking to his wife about, but that also becomes a story of a son reconnecting with his estranged father in Alaska.
That might sound slightly complicated, but it isn't really. You play as the fox, but as you progress through the game, you will hear the conversation of the narrator. The story he tells of reconnecting to his father, becomes a parallel story to that of a fox trying to find their missing cubs.
As this is an exploration game /walking sim, this is more about the story, than the gameplay itself, you will explore areas, collect artifacts, dig up things that expand the story being told. And if you play with commentators' mode on, you can also find audio clips that further tell the story from the game makers perspective, and give insight into how the game was made, the thought processes and so on. I would highly recommend playing with the commentator's mode turned on.