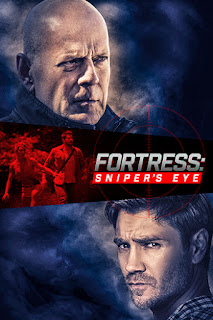 It wasn't that long ago that I reviewed Fortress. And when I saw this new release, I thought it was the same film, just with a slightly different name for a new market, but then I realised it is actually the sequel! Yes the sequel that no one asked for, but we have it, so thought I would take a look.
In the past I have been quite harsh on Bruce Willis for churning out an endless stream of straight to digital, low budget films, that he hardly appears in, but with his diagnosis of aphasia, (brain issues), I now can understand why he did these films, which for him meant little time actually filming, but also making a living. In fact I already have another Bruce Willis film queued up to watch and review, and I believe after that there is still another 6 Bruce Willis films ready to be released!