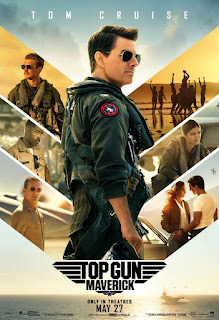 It may have taken 36 years, but we finally have a sequel to legendary film Top Gun. And with Tom Cruise about a month away from turning 60, I was interested to see if he still "had it".
The film's basic premise follows Captain Pete "Maverick" Mitchell's return to the United States Navy Strike Fighter Tactics Instructor program (also known as "Top Gun"), where he must confront his past as he trains a group of younger fighter pilots, among them the son of Maverick's deceased best friend Nick "Goose" Bradshaw.
The film starts off with Maverick (Tom Cruise) serving as a US Navy Test Pilot. We have the classic story of someone avoiding promotion so they can keep doing the job they love; I am thinking Captain Kirk straight away!