NEWS: Crucible of the Vampire gets a 2022 Directors Cut Release! 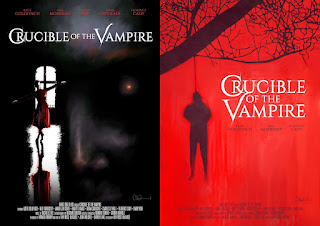 Ghost Dog Films, the British independent film and video game company has released a new version of their award nominated retro-style gothic thriller Crucible of the Vampire.
The 2022 Director's Cut features new footage and a remastered soundtrack of the imaginative British gothic chiller which has strong echoes of Tigon, Hammer and M R James ghost stories. With the launch of a new trailer to support the 2022 Director's Cut, it can now be viewed on Amazon Prime and AVOD Streaming channels including Tubi, Plex and Google TV.
Theatrically released in the UK through Showcase cinemas in early 2019, Crucible of the Vampire was then released via UK Home Entertainment and nominated for Best Thriller at the National UK Film Awards 2020.