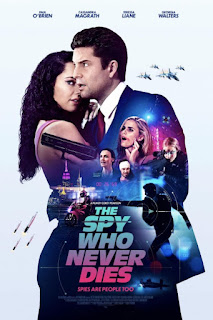 We are back once again, and this time we have an action/rom-com/spy/thriller for you. The Spy Who Never Dies is directed by Corey Pearson and stars Paul O'Brien in the lead role as Brad an international spy who falls in love with a veterinarian, while the world around him is falling apart..
Clearly this film is a bit of a spoof on James Bond, and from pretty much the first moment, you will realise that it does not take itself at all too seriously.
The film starts with Brad meeting with his boss, he is sick of the spy life, he is starting to feel like he is no more than just a run of the mill assassin, so he wants out, he wants to lead a normal life, with no guns, no bad guys, no saving the world.