REVIEW: What Is a Woman? - A Documentary by Matt Walsh 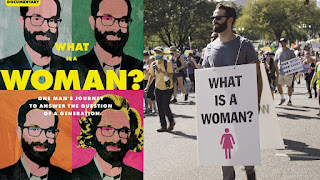 So, I heard that critics are refusing to watch What Is a Woman, A Documentary by Matt Walsh, the reasoning they claim is that Matt is transphobic and that the Documentary is cruel and offensive. I suspect the reality is that these "film critics" fear the "woke mob" and extremist Trans activists might call them naughty words, so are staying well away.
However, I have been taking on the very worst in society for over 20 years, so I am always willing to give anyone a chance, and deal with the consequences that come with it.
The question of "What Is a Woman?" would have seemed silly to ask just 5 or 10 years ago, the answer of course being a simple one, a woman is an adult human female. If you wanted to get more scientific, I read the following online which seemed pretty clear.
"Typically, women have two X chromosomes and are capable of pregnancy and giving birth from puberty until menopause. Female anatomy is distinguished from male anatomy by the female reproductive system, which includes the ovaries, fallopian tubes, uterus, vagina, and vulva. The adult female pelvis is wider, the hips broader, and the breasts larger than that of adult males. Women have significantly less facial and other body hair, have a higher body fat composition, and are on average shorter and less muscular than men."
Unfortunately, in the modern era, the whole discussion of what is a woman, has become political nightmare. In part due to the fact that people don't want to be accused of being a bigot, and also the fear of being attacked by an increasingly violent and extremist activist group.