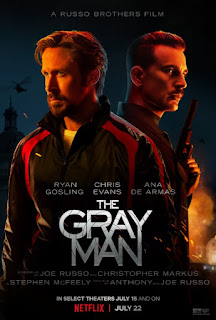 I always find it fascinating that Netflix will put down $200m for a movie, then basically keep it only for Netflix subscribers. I guess they have money to burn, as I don't think anyone is specifically subscribing to Netflix to see just one film, and if they did they would probably take advantage of a free trial period.
Anyway, The Gray Man is the newest addition to the Netflix line up, and stars Ryan Gosling as "Sierra Six", a CIA black ops assassin who is forced to go on the run after uncovering incriminating secrets about the agency, and Chris Evans as Lloyd Hansen, a psychopathic former CIA agent who is contracted by CIA bosses to capture Six.
The film starts in 2003 with Senior CIA official Donald Fitzroy (played by Billy Bob Thornton) visiting a convicted murderer in prison, the murderer killed his abusive father in 1995, to protect his brother. Fitzroy offers the murderer freedom, but there is a catch, he will have to work as an assassin for the CIA's Sierra program. These assassins work off the books, and take out enemies of the State with no questions asked. The murderer (Ryan Gosling ) agrees and takes the codename Sierra Six. (Basically, known now as Six throughout the film). 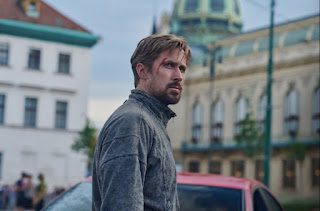